Posted on 15. October 2016 by Wolfgang Lindhorst

Where the ASEAN agreement was signed in Bangkok in 1967, there were only 5 official member states, Indonesia, Malaysia, Philippines, Singapore and Thailand. 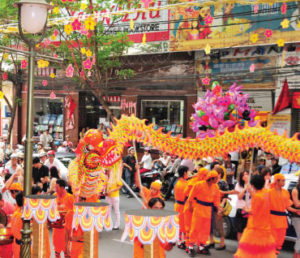 All ASEAN member states also belong to AFTA, a trade zone with tariffs (CEPT) between 0-5%.

China, Japan and South Korea has formed a permanent forum in the ASEAN + 3 (APT) negotiations and has been participating in the meetings ever since.

Customs tariffs for non-members vary widely and show the strength of the ASEAN trade agreement and the community’s economy.

If your core business is located in the ASEAN area, it should be also considered for investments, to benefit from the advantages of the trade association. Although China is part of the APT, it does not get the full benefits of the CEPT agreement.

This website uses cookies to improve your experience while you navigate through the website. Out of these cookies, the cookies that are categorized as necessary are stored on your browser as they are essential for the working of basic functionalities of the website. We also use third-party cookies that help us analyze and understand how you use this website. These cookies will be stored in your browser only with your consent. You also have the option to opt-out of these cookies. But opting out of some of these cookies may have an effect on your browsing experience.
Necessary Always Enabled
Necessary cookies are absolutely essential for the website to function properly. This category only includes cookies that ensures basic functionalities and security features of the website. These cookies do not store any personal information.
Non-necessary
Any cookies that may not be particularly necessary for the website to function and is used specifically to collect user personal data via analytics, ads, other embedded contents are termed as non-necessary cookies. It is mandatory to procure user consent prior to running these cookies on your website.
SAVE & ACCEPT